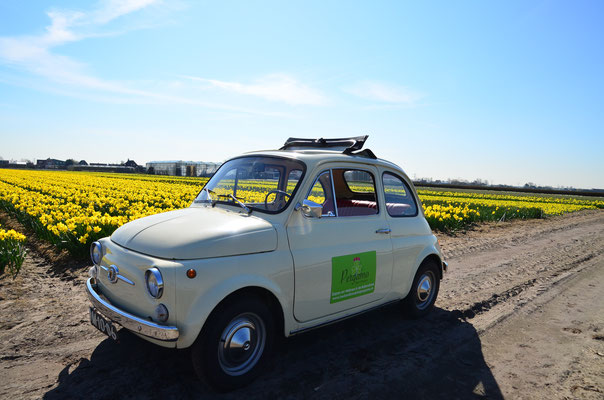 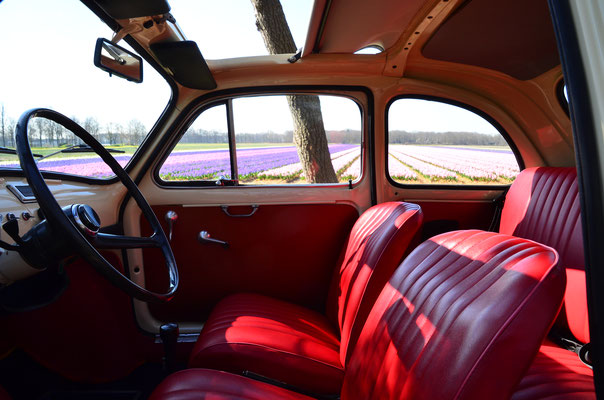 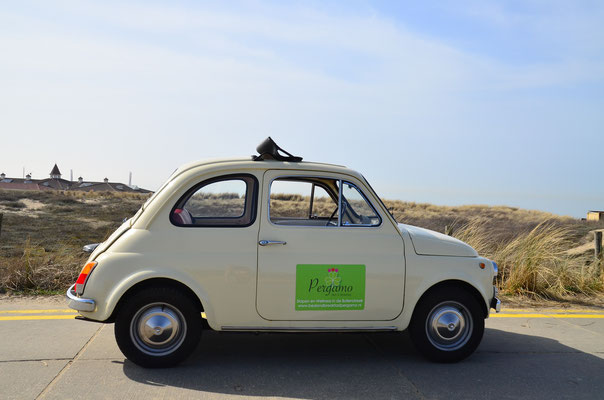 Bambini Pergamo is the new experience for our guests.

Touring the Dutch Flower Region in our Bambini is ultimate relaxation and enjoyment! The roof is open and the wind is blowing through your hair. We have the best routes along the flower fields, beach and dunes. Visit the many lovely villages in this beautiful region. There are plenty of culinary tips along the way, but you can also enjoy a well stocked picnic basket.

Before you leave we explain how to drive a Fiat 500 so you will feel safe on the road. Of course we are always available for questions when you are on the road.

A day's driving in our fiat 500 is an unforgettable experience! Arrivederci!

Look at it. What a cutie. If the Fiat 500 had been a pet, half the world's population would have lovingly thrown its bowl full of motor oil every morning and stroked it over the globe.

On 4 July 1957, the first specimens of the Fiat 500 Nuova were shown to the public in Turin. A bunch of cars, every Fiat 500 with a beauty queen on board, drove out of the factory. At the same time, a similar procession drove to St. Peter's Square in Rome.

The fiat 500 was introduced with great fanfare by fiat and is one of the smallest mass-produced cars. But contrary to what one might expect, nobody wanted it at first. Later this changed and almost 3.5 million copies were made. 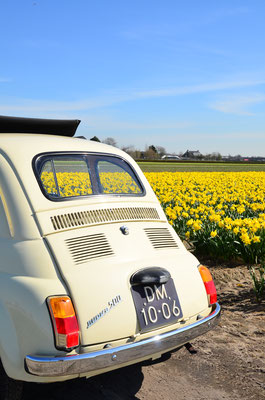 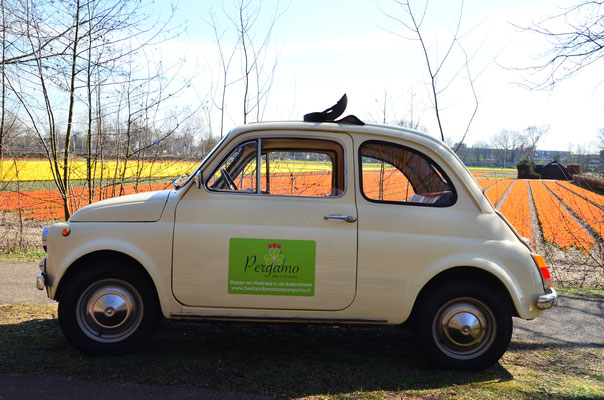 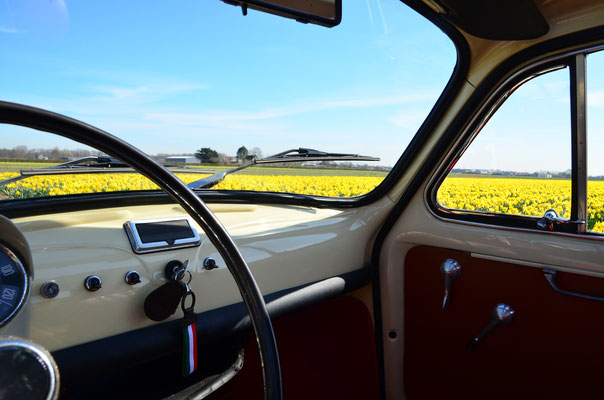